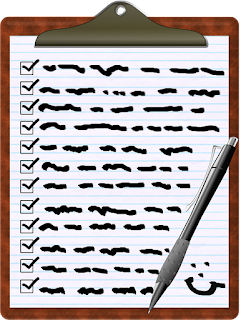 A. Choose the correct answer by crossing (x) a, b, c, d or e !
Questions 8-12 are based on the following text.
Once upon a time there was a poor widow who had an only son named Jack. They were so poor that they didn't have anything except a cow. When the cow had grown too old, his mother sent Jack to the market to sell it. On the way to the market, Jack met a butcher who had some beautiful beans in his hand. The butcher told the boy that the beans were of great value and persuaded the silly fad to sell the cow for the beans.
Jack brought them happily. When he told his mother about this, his mother became so angry that she threw the beans out of the window.
When Jack woke up in the morning, he felt the sun shining into a part of his room but all the rest was quite dark and shady.
So he jumped to the window. What did he see? The beanstalk grew up quite close past Jack's window. He opened the window and jumped to the beanstalk which ran up just like a big ladder.
He climbed ... and climbed till at last he reached the sky. While looking around, he saw a very huge castle. He was very amazed.
Then Jack walked along the path leading to the castle. There was a big tall woman on the doorstep. Jack greeted her and asked for the giantess mercy to give him breakfast, because he felt very hungry. Although the giantess grumbled at first, finally she gave Jack a hunk of bread and cheese and a jug of milk.
Jack hadn't finished when the whole house, began to tremble with the noise of someone's coming. "Oh! It's my husband!" cried the giantess. "What on earth shall I do?"
Hastily the giantess opened a very big cupboard and hid Jack there.
8. Where did Jack sell his cow ........
a. At a castle
b. At the market
c. At the giant's castle
d. At the butcher's house
e. On the way to the market
9. What is the story about ........
a. Jack and a butcher
b. Jack and the giantess
c. Jack and the bean stalk
d. A poor widow and his son
e. The giantess and her husband
10. "Oh! It's my husband!" cried the giantess. (Paragraph 7)
"What on earth shall I do?"
From the sentence we know that the giantess is ........ her husband.
a. Afraid of
b. Angry with
d. Fed up with
d. Annoyed with
e. Displeased with.
11. Jack's mother looked very furious when Jack told that ........
a. The beans were precious
b. The butcher bought his cow
c. He had sold his cow to a butcher
d. He traded his cow for the beans
e. He met a butcher on the way to the market
12. What do we learn from the text ........
a. Sincerity makes Jack get something precious
b. Jack's mother was a furious mother
c. Poverty makes people hopeless
d. The giantess took pity on Jack
e. Jack was an innocent boy
13. Complete the following obrolan with the correct expression!
Situation : A friend is visiting your home. She wants to borrow some money and promises you that she will return the money as soon possible.
Your friend : Hi, I want to borrow your money Rp.300.000. I need it to pay my English book.
You : ....
a. What are you thinking about?
b. Promise me that you will return it tomorrow
c. Believe me that you will return it tomorrow
d. How do you feel about it?
e. Are you worried about something?
14. Which is NOT TRUE sentence to show expressing a promise?
a. I promise I‟ll do whatever you want
b. I promise you that I‟ll try to be on time
c. I was just wondering how to do it
d. You have my word on it
e. I swear that my love is only for you
15. Match the technical language with the correct meaning!
What is the meaning of Tsunami?
a. Diseases, mosquito, parasite
b. Metal, sculptures, wax, clay
c. Pulp, paper, product, forest trees
d. Playback, loudspeaker stereo
e. Sea wave, ocean floor, earthquake
19. Robert : Why should you leave me? I Love You
Yeni : … But I really have to go. I’m sorry
a. I hate you
b. I love you too
c. I really do not want to be here
d. I’m sick of you
e. I don’t like you
20. Erick : I really have to say that …
Winda : Thanks. But I’m sorry I can’t
a. I’m sorry
b. You’re really Jerk
c. You’re really help me
d. This is so embarrassing
e. I have a crush on you
Questions 21-24 are based on the following text.

Nuclear power is generated by using uranium, which is a metal mined in various parts of the world. The first large-scale nuclear power station was opened at Calder Hall in Cumbria, England, in 1956.
Some military ships and submarines have nuclear power plant for engines. Nuclear power produces around 11 % of the world's energy needed, and produces huge amounts of energy. It causes no pollution as you'd get when burning fossil fuels.

The advantages of nuclear is as follows:
1. It costs about the same as coal, so it's not expensive to make.
2. It doesn't produce smoke or carbon dioxide, so it doesn't contribute to the greenhouse effect.
3. It produces huge amounts of energy from small amount of uranium.
4. It produces small amounts of waste.
5. It is reliable.

On the other hand, nuclear power is very, very dangerous. It must be sealed up and buried for many years to allow the radioactivity to die away: Furthermore, although it is reliable, a lot of money has to be spent on safety because if it does go wrong, a nuclear accident can be a major disaster.
People are increasingly concerned about this. In the 1990's nuclear power was the fastest growing source of power in many parts of the world. In 2005, it was the 2nd slowest-growing.

21. The text dismisses ........
a. Nuclear in general
b. Nuclear biggest station
c. The danger of radioactive
d. The disadvantages of nuclear power
e. The advantages and disadvantages of nuclear power
22. The opposite of dangerous is ........(Paragraph 4)
a. Vile
b. Dull
c. Tiny
d. Calm
e. Safe
23. Why is nuclear power very dangerous? Because ........
a. Its radioactivity lasts long
b. Uranium is renewable
c. It is reliable
d. It is cheap
e. It is safe
24. Which statement is TRUE about nuclear ........
a. It is reliable
b. It is costly to make
c. It causes air pollution
d. It affects the greenhouse
e. It produces small amounts of energy
29. 29.A: Could you come on Sunday at 1.00 pm for the meeting?
B: …
a. Yes, sure. Thank you manager
b. OK, then. Thank you very much
c. OK, sure. I can meet him afternoon
d. Yes, I want to have a meeting right now
e. Yes, I can't be meet him afternoon
30. A: OK, Sir. You are confirmed. You have reserved a single ticket for next weekend. Your flight is tomorrow afternoon, Sir?
B: …
a. Thank you for the fly, Sir
b. Yes, I want to have a ticket right now
c. OK, sure. I can fly afternoon
d. OK, then. Thank you very much
e. Thanks, I should fly tomorrow afternoon
31. Laily: Where is Dinda?
Mirta: I don‟t know. In fact I ... any of our friends since I arrived.
Fill in the blank with the correct word!
a. Can not see
b. Do not see
c. Was not seeing
d. Have not seen
e. Has not seen
32. Susi: What are you thinking about?
Winda: I ... if I can fly to that cloud.
Susi: Are you OK! Tell me what your persoalan is.
Winda: I have a problem. My parents is sick, and I don‟t have money to buy medicine.
Susi :You can borrow my money.
Complete the obrolan above with the suitable word!
a. Promise
b. Sad
c. Happy
d. Wonder
e. Want to
33. Read the text and answer questions 33 to 35.
Octopuses are mollusks, a kind of animal with a soft body. Unlike other mollusks, such as clams and oysters, octopuses and squid have no hard .... (33) to protect them. An octopus is an animal without any bones. Surrounding the main portion of its body is a fleshy covering, called a mantle. Most of the internal organs of an octopus are inside the mantle. An octopus has two big .... (34), so it has very good vision. Seals, eels, and other sea animals prey on octopuses. An octopus' main method of defense is to shoot a cloud of dark ink into the water. The ink cloud confuses the attacker, and the octopus jets away. Octopuses can also .... (35) color rapidly when they are in danger. They change color to fit in with their surroundings. This helps them to hide from prey.

34.
a. Eyes
b. Bones
c. Fingers
d. Thumbs
e. Shoulders
35.
a. Complain
b. Wonder
c. Deliver
d. Change
e. Breathe
38. Lupi : How was your visit to the museum ?
Ulfi : It was closed when I got there … about it.
Endang : I’m sorry to hear that
a. I’m satisfied
b. I’m happy
c. I’m really content
d. I’m very disappointed
e. I’m delighted
39. Anita : What do you think is the effective way to reduce global warming?
Anis : …… planting trees is one of the effective ways to reduce global warming.
a. I don’t know
b. How do you see
c. I’m not sure
d. In my opinion
e. are you certain that
40. Rita : ……. We help reduce global warming?
Hamidah : I think we can help reduce global warming trough saving energy and recycling.
a. What do
b. Why should
c. How can
d. When can
e. Where should
Dipersilahkan untuk mendonwload file tersebut pada tautan yang telah kami sediakan semoga mendapat file yang lengkap dan utuh.

Notification
This is just an example, you can fill it later with your own note.
Done